What You Need to Know About Saltwater and Freshwater Beaches

If someone asked you what kind of beaches there are, you might find yourself a little lost. You might be thinking, “All beaches are pretty much the same, right?” Well, we’re here to tell you that there are, in fact, many kinds of beaches! What makes each different is what makes up the beach: the body and type of water, its location, and what the beach is made of.

Because of how complicated it can get to learn all the little tidbits of what makes each beach different, we’re going to focus on two general categories of beaches. These are saltwater beaches and freshwater beaches.

Despite what the name implies, freshwater beaches aren’t entirely free from salt. The waters that you can find at freshwater beaches contain a low percentage of salt to the point that no one is going to notice it—below one percent salinity.

Within this category, there are plenty of different kinds of freshwater beaches, and that depends on the body of water where they are found. In many cases, however, freshwater beaches are maintained to keep its beach-like state.

Some freshwater beaches can be found in lakes. Its shorelines are generally known to be very narrow. With minimal changes in tides, there isn’t much activity to be happening on the beach. This allows vegetation to grow ever so closer to the body of water, which, if left alone, will completely cover the shoreline.

That’s why many parks carry out frequent maintenance along these shorelines, especially those that are used by the public as a beach away from the ocean.

Other freshwater beaches include riverside beaches. These beaches, unlike lake beaches, are prone to change depending on the river. For example, due to the nature of rivers, flash floods and erosion change the riverside beach landscape.

Moreover, unlike the typical marine beaches characterized by sandy shorelines thanks to its tides, riverside beaches are typically made of anything that’s carried in the waters.

The majority of all beaches in the world are saltwater beaches. The world is covered by over 70 percent saltwater, after all. It is these types of beaches that are the most iconic, as they are associated with coastal towns, cities, and the likes.

Due to the much higher salinity levels of saltwater beaches, it doesn’t come as a surprise that you’ll be much more buoyant here. If you want to take this to the next level, visiting the Dead Sea at a salinity level that’s ten times that of the ocean (at over 30 percent) will keep you afloat.

Saltwater beaches are also well-known for the health benefits it provides to swimmers and non-swimmers alike. Reports said that people suffering from certain conditions like asthma, arthritis, and common colds all improved after a visit to a saltwater beach.

These are all thanks to the pleasant environment that helps pump the body with feel-good hormones, along with the natural anti-bacterial property of the sea, not to mention the fresh air and sunlight you receive.

Saltwater beaches are much more diverse compared to freshwater beaches. Of course, both are great places to visit. Still, saltwater beaches have the edge as they are more widely available, with a number of exciting activities to do, such as snorkeling and diving.

If you’re looking for a beachfront hotel in Phuket, get in touch with us today to see how we can help. 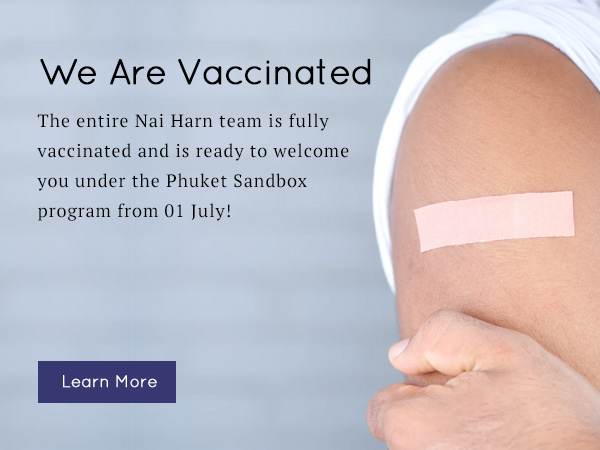